Contact us at words4sail@gmail.com and see our writings for other industries at www.words4sail.com (left hand column)

Bite into a succulent strawberry or nibble on a steamed asparagus spear to appreciate how fruits and vegetables are delicious ways to lose weight.

As you decrease chomping down on unhealthy foods, your palate becomes more refined and robust.

You now desire produce full of the freshest tastes. No longer do you want to eat raw spinach or raspberries and get a mouthful of chemical additives, required for the long transportation – often from foreign countries.

You want to taste the weeks’ worth of bright sunshine that ripened a tomato – not bland red glop.

Continue reading here.
Posted by words4sail at 11:42 AM No comments:

Keeping Green Local and in Season

I went to one of those quasi/organic fruit and veg shops where rain forest music softly plays in the background and the help wears earth tones.

Rows of blueberries, blackberries and raspberries were highly visible under "ORGANIC" signs.

Upon further inspection they were grown in Chile. The South American country over 9K miles away.

Any organic good was wiped out by the immense fuel used in transportation.

Plus, such long distance travel increases the possibility for food contamination and other risks.

Eating in season and local are important components to being helpful to both yourself and Mother Earth.

Eat local by shopping at farmers' markets or joining a CSA (community supported agriculture). Both can be found almost anywhere and year-round in the USA.

During winter in the Northern Hemisphere it is the time for root vegetables (carrots, butternut squash, sweet potatoes, broccoli and the like). Incorporate kale, cabbage and brussel sprouts. Apples provide sweetness and variety in fruit desserts.

Currently in Florida, strawberries are bountiful from places like Plant City and soon in Northern California they will appear along with early springtime asparagus.

I am big on freezing in-season veggies and fruits for use at a later date.

Tonight, peaches - sun dried fresh from being picked in July - will be incorporated into a pound cake.

The memory of that summer day, along with the fact both Mother Nature and myself are healthier, is better than eating out of season berries anytime.
Posted by words4sail at 9:14 AM No comments: 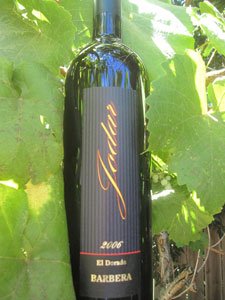 Known, as one of the Tuscan wines, the Barberas of the Sierra Nevada and Central Valley are created in landscapes is reminiscent of Italian Piedmont region. The red wine is well-paired with many food types. Travel to these varied wineries for a taste of some of the best Barberas in California.

Continue here.
Posted by words4sail at 10:58 PM No comments: 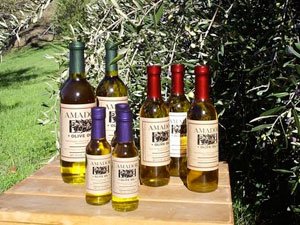 Gather your recipe books and download your favorite cooking shows for the time to create razzle-dazzle has arrived.

Living in Sacramento and the surrounding area can give your holiday cooking extra flavor and zest thanks to the fresh ingredients easily found from local growers and purveyors.

Continue here.
Posted by words4sail at 10:38 PM No comments: 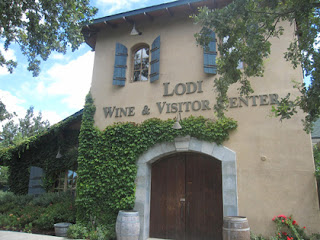 Both wine connoisseurs and budding enthusiasts appreciate how Lodi’s Zins are full of robust berry
and black cherry tastes accented by high notes like vanilla.

Zins are well paired with grilled meats to seasoned pasta dishes and dark chocolate. Many wineries offer Old Vine Zinfandel. These grapes are harvested from vines planted at least 50 years ago.

Attending the annual Zin Fest in May is a must as is following well-placed signs to individual winery tasting rooms.

Here is a top list of where to enjoy Lodi’s Zins.

Continue here.
Posted by words4sail at 10:32 PM No comments:

California Grown Farmers Markets in and near Sacramento 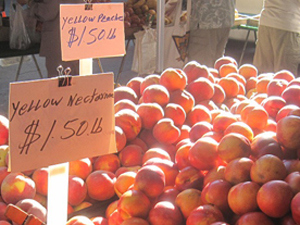 A multitude of languages mingle with a variety of wondrous smells like fresh basil, sweet lavender and pungent mushrooms. Creating food with the freshest of ingredients is the same quest of all shoppers

Continue here
Posted by words4sail at 10:25 PM No comments: 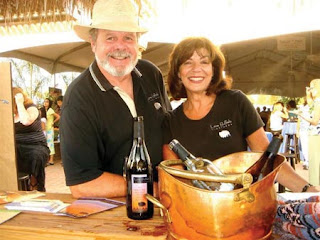 To some that is the romantic version of vineyard owning.

Meet Phil Maddux as he struggles to rack barrels and the reality of vineyard ownership is evident by his grape stained T-shirt and a frayed baseball cap sitting atop matted hair. Being a vintner is undeniably hard work, but to him, and his clients, the efforts are rewarded with the superior wines produced by his small boutique Lone Buffalo Vineyards in Auburn.

Continue reading here.
Posted by words4sail at 10:20 PM No comments: